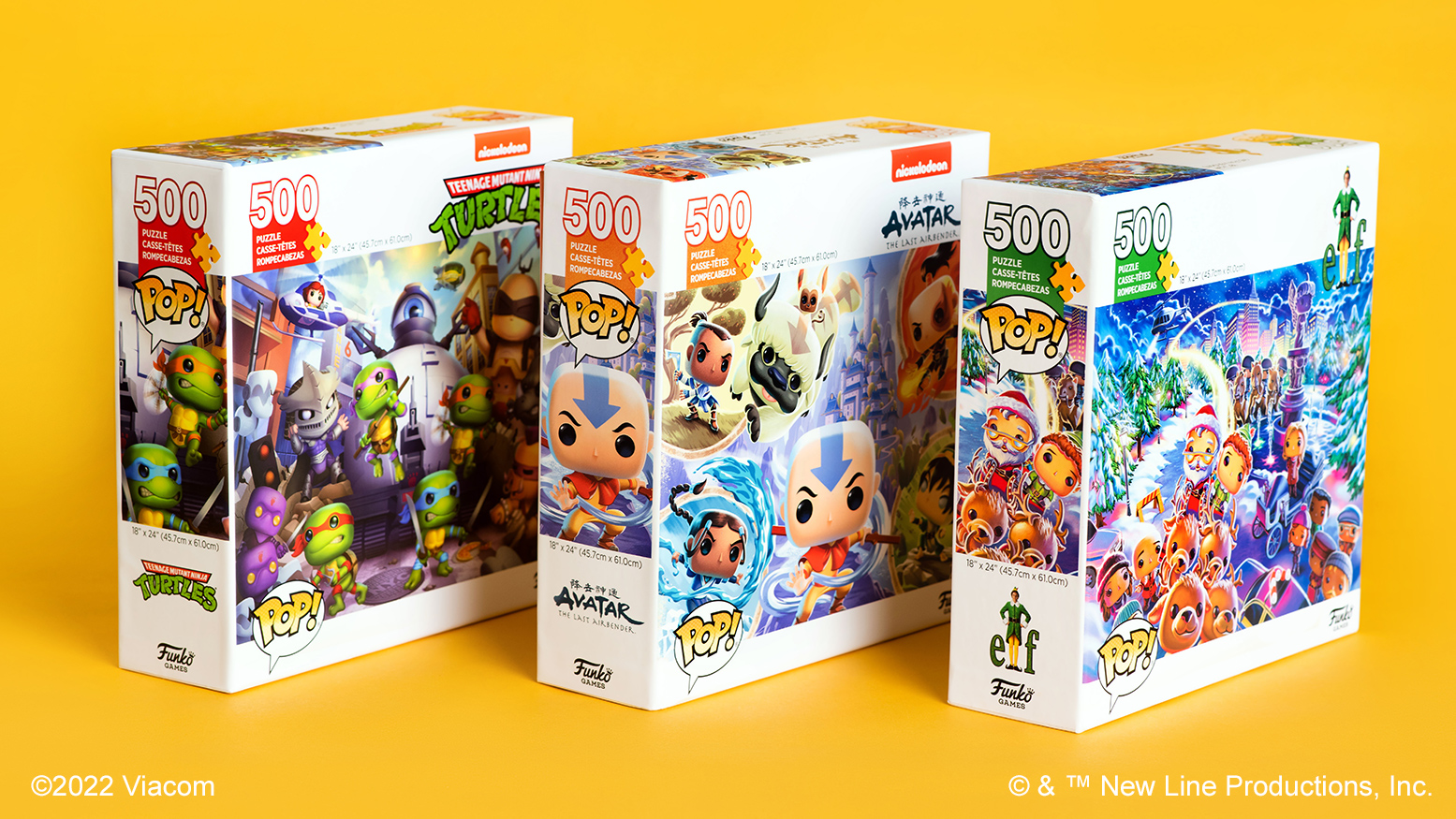 Posted at 08:48h in Uncategorized by Adam Minton

“The Funko Pop! is legendary – with millions of fans and millions of Pop! figures sold worldwide. Over the years, more than 16,000 Pop! figures have been created based on entertainment, sports, music and more,” said Deirdre Cross, General Manager of Funko Games. “We believe that reimagining the iconic fun and recognizable Pop! imagery into a new line of puzzles will delight fans as they piece together their favorite pop-culture stories and characters.”

The debut of Pop! Puzzles comes at a time when both jigsaw puzzles and Pop! figures are soaring in popularity. According to a report from global market information company, NPD, Funko Pop! is among the top ten properties for Toys and Games in the U.S. so far in 2022. That trend is expected to continue with NPD recently listing Funko Pop! as the second fastest growth in Toys overall – making the Pop! style ideal imagery for puzzles.

As for puzzles themselves, market and consumer data company Statisa reports that sales of puzzles in the U.S. are expected to grow annually through 2026 by 6.78 percent. This puzzling boom began at the start of the pandemic and puzzling continues to be as popular as ever.

With all puzzling – the artwork is essential to the experience, and ultimately drives the purchase. The new Pop! Puzzle art is custom-created for each property and designed to be immersive – transporting puzzlers into vibrant worlds with a style that is whimsical, original, and above all, fun. Celebrating fandoms and puzzling, the new Pop! Puzzles from Funko Games are sure to bring even more people to the table.

“The debut of the new Pop! Puzzles during holiday comes at a time when families naturally gather around the table to slow down and create a moment of connection while doing a puzzle,” added Cross. Funko Games will expand the Pop! Puzzle line in 2023 with a library of new and surprising pop-culture moments, re-imagined into one-of-a-kind fun Pop! Puzzles.